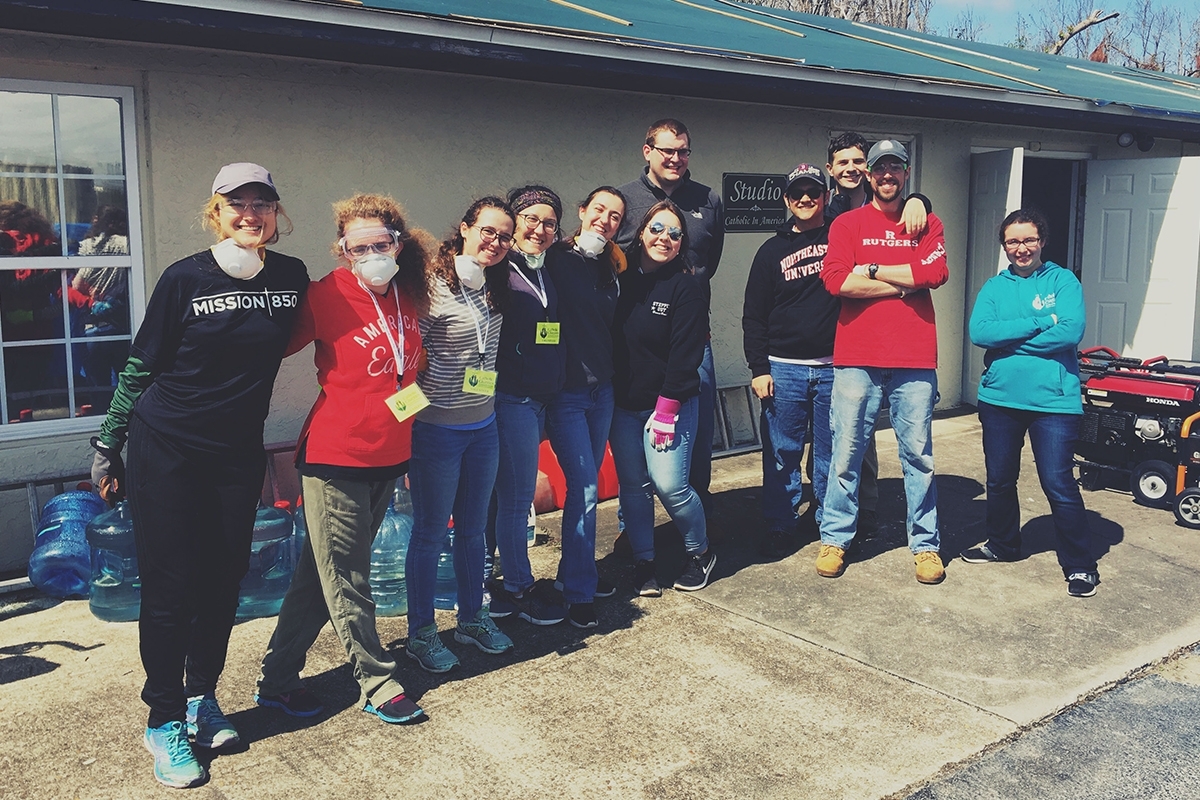 Like much of the Florida Panhandle, Saint Dominic Media Production Center was devastated by Hurricane Michael on October 10, 2018. The studio, including set and equipment were a total loss, rendered unusable after a tree fell and took out part of the roof during the storm.

The devastation that followed the hurricane was unlike anything the residents, or many disaster responders, had ever encountered. The near-155MPH winds tore down everything in its path, with an estimated 85% of trees destroyed and the majority of structures in its path taking some sort of damage.

Yet, despite this disastrous event, the resolve of Bay County has never been stronger. Immediately following the storm, Saint Dominic Parish was transformed into a major distribution center for donated supplies; everything from dry food goods, to toiletries, and pet products were brought in from across the U.S. The community came together and, in a true Christian manner, lifted each other up to begin the process of rebuilding.

SDMPC would like to thank everyone who has given a helping hand during these trying times:

While the road to recovery has been long and tiresome, there has been a silver lining and the end of the road seems closer and closer every day. The destruction brought by Hurricane Michael has given Saint Dominic Media Production Center a chance to restructure and revision our mission. Be on the lookout for many changes soon to come with our productions!

Page load link
DON’T MISS OUT!
Subscribe To Our Newsletter
Be the first to get the latest Saint Dominic Media updates and exclusive content straight to your inbox.
Give it a try, you can unsubscribe anytime.

DON’T MISS OUT!
Subscribe to the MFG Newsletter
Be the first to get new episodes, latest updates and exclusive Saint Dominic Media content straight to your inbox!
Give it a try, it's free & you can unsubscribe anytime.

BECOME A PATRON: Support Saint Dominic Media with a monthly gift and get COOL STUFF in return!